From its inception, ISAPP has been committed to clarity in both the definitions and the contextual use of terms in the fields of probiotics and prebiotics fields. This is reflected in the FAO/WHO probiotic guidelines working group conducted immediately prior to the first ISAPP meeting in 2002, as well as our more recent consensus panels convened on probiotics (2013), and prebiotics (2016). We also have additional panels in progress on synbiotics (convened in May 2019 in Antwerp), fermented foods (scheduled for September) and postbiotics (scheduled for December).

A recently published paper, Emerging Health Concepts in the Probiotics Field: Streamlining the Definitions, addresses definitions of many newer terms in the ‘biotics’ arena, including probiotics, prebiotics, synbiotic, pharmabiotics, postbiotics, probioceuticals, paraprobiotics, oncobiotics, psychobiotics, and live biotherapeutic products. In my opinion, although this paper provides useful discussion of issues surrounding the proliferation of terms in the ‘biotics’ area, it falls short of providing clear direction for the field and indeed may well add to confusion by introducing unnecessary, new and poorly defined terms.

For example, the term ‘symbiotics’ is perpetuated, presumably as a synonym to synbiotic. It was a missed opportunity to clarify that the term ‘synbiotic’ is derived from the Greek root ‘syn’ meaning ‘with’ or ‘together.’ The term ‘symbiotic’ is simply incorrect, adds nothing and should be eliminated altogether.

Further is the failure to acknowledge the broad scope of the definition of probiotics. Live biotherapeutic products (LBPs), which the paper states is a term that was “recently” introduced by the FDA, has been in use for over at least 15 years by the FDA’s Center for Biologics Evaluation and Research. The authors equate LBPs (which are defined as drugs) with next generation probiotics, yet these do not have to fall under the drug category any more than traditional probiotics are necessarily foods. Next generation probiotics, traditional probiotics or just probiotics can fall under numerous regulatory categories including foods, infant formulas, drugs, supplements, animal feeds, medical foods, foods for special dietary uses, and perhaps even cosmetics or medical devices. Thus, regulatory category is not stipulated by the definition, which is appropriate.

One of the difficulties with sorting through these terms is the lack of any consistent basis for defining them. Some terms, such as pharmabiotics and LBPs, are linked to specific regulatory categories. Others are defined by the nature of how they are comprised: live cells, cell components, or fermentation endproducts. Others are defined by their physiological benefit: psychobiotic, oncobiotic, immunobiotic. Even still, others are defined by their state of innovation: traditional vs. next generation probiotics. This state of affairs makes is impossible to develop a logical framework for categorizing them. Instead, we are left with a long list of substances that might be related, but have little real value. Where does it all stop? Next we will have to sift through thera/metabo/gen/retro/plas/func-biotics or any other pointless terms that can be arbitrarily slapped in front of ‘biotic.’

Certainly, there is nothing to prevent any person from coining a new term for a niche development. The many stakeholders in the broader ‘biotics’ field will, I suppose, determine any given term’s utility. I believe it would have been worthwhile for this paper to make an appeal to scientists to refrain from muddying the water by proposing new terms, and instead use existing terms with appropriate modifiers. For example, use ‘immune-active probiotic’ instead of ‘immunobiotic’, or ‘probiotic drug’ instead of ‘live biotherapeutic product.’ This approach is clearer to regulators and international organizations such as Codex Alimentarius, the US Food and Drug Administration and European Food Safety Authority. To the extent that the definitions of terms need to be clarified, I believe that the ISAPP approach, using groups of 10 or more well-known academic experts in the field reaching a consensus after extensive background search, is preferred over unilateral proclamations as delivered by this paper. 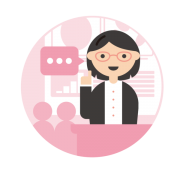 Effects of the food matrix on probiotic’s efficacy: how much should we ca... L. rhamnosus GG for treatment of acute pediatric diarrhea: the totality of current...
Scroll to top