You are here: Home1 / Podcast2 / Season One3 / Episode 9: An evolutionary perspective on fermented foods 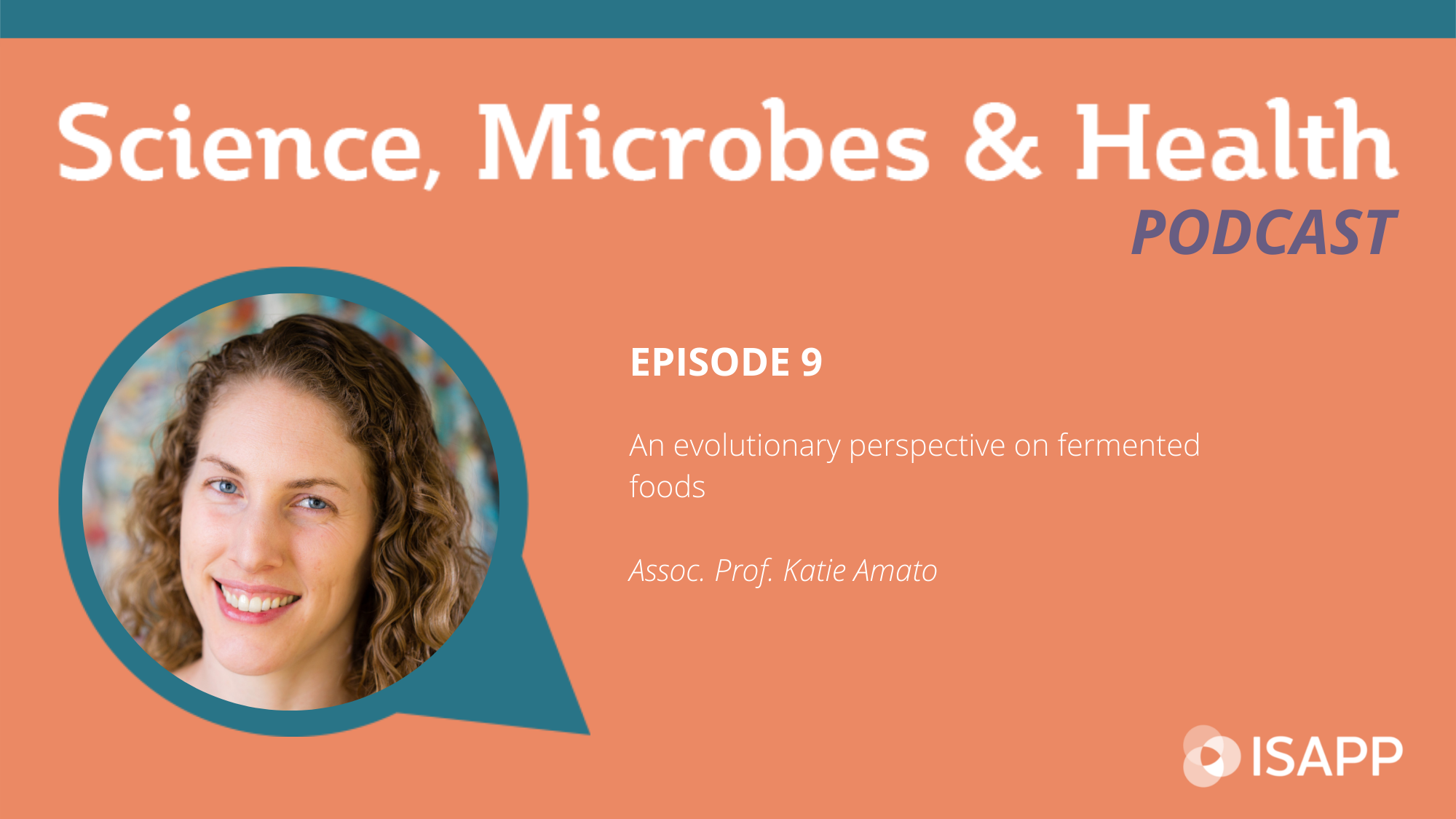 Research on the microbiome and health benefits of fermented foods – a 40 year perspective. ISAPP blog
New ISAPP-led paper calls for investigation of evidence for links between live dietary microbes and health. ISAPP blog

Dr. Amato is a biological anthropologist at Northwestern University studying the influence of gut microbes on host ecology and evolution. Her research examines how changes in the gut microbiota impact host nutrition, energetics, and health. She uses non-human primates as models for studying host-gut microbe interactions in selective environments and for providing comparative insight into the evolution of the human gut microbiota. Her main foci are understanding how the gut microbiome may buffer hosts during periods of nutritional stress and how the gut microbiome programs normal inter-specific differences in host metabolism. Dr. Amato is the President of the Midwest Primate Interest Group, an Associate Editor at Microbiome, an Editorial Board member at Folia Primatologica, and a Fellow for the Canadian Institute of Advanced Research’s ‘Humans and the Microbiome’ Program. Can diet shape the effects of probiotics or prebiotics? Are probiotics effective in improving symptoms of constipation?
Scroll to top