Spontaneous vegetable fermentations, with their rich flavors and potential health benefits, are regaining popularity among chefs and the general public. Famous Michelin star chefs, such as Belgium’s Kobe Desramaults, have implemented fermented vegetables in their recipes and offer fermented vegetable juices as non-alcoholic alternatives to wine. Serendipity was surely at play when I made contact with Kobe and his team, and had the opportunity to explore the microbial life of many of his fermented food and beverages.

Thanks to this spontaneous collaboration, I became intrigued by fermented vegetables as a promising alternative to dairy probiotic matrices. They have several benefits:

Together with prof. L. De Vuyst – a fermented food specialist from the VUB University in Brussels – we attracted a talented PhD student Sander Wuyts to study Lactobacillus’ role in the spontaneous fermentation process of carrot juices. I admit that fermented carrot juice is not the tastiest beverage I ever drank, but the fermentation process turned out to be scientifically intriguing: it appeared to be a robust, man-made microbial ecosystem dominated by lactic acid bacteria. We now often use this fermentation process in my lab as a model to study various aspects of niche-adaptation and niche-flexibility of lactic acid bacteria (LAB). And if you mix carrot juice with another fresh vegetable juice, such as cucumber, you’ll be surprised by its interesting light acidic flavor!

But perhaps the most rewarding part about our fermented-vegetables project was that we managed to carry out a Citizen Science project with the Flemish name, Ferme Pekes. You could translate it as ‘Fantastic Carrots’ 😊. Forty citizens volunteered to set up their own carrot juice fermentations at home and delivered with great enthusiasm samples of different time points. The carrots originated from their own garden, the supermarket or organic stores. Our analysis indicated that origin or organic compared to conventional product did not impact the microbial community composition. But we also could show that the LABs – first Leuconostoc then Lactobacillus – out-competed the undesirable Enterobacteriaceae after 3 to 13 days of fermentation. Longer times were needed for carrots derived from winter storage.

Our analyses (phylogenetic placement and comparative genomics, which was recently published in Applied and Environmental Microbiology) also indicated that a high LAB diversity was achieved in the different spontaneous fermentations. This is of interest if you believe it is important to let our immune system come into contact with a large and naturally diverse dose of beneficial bacteria. This idea has been promoted through the years as the hygiene hypothesis or microbial deprivation theory and aligns perfectly with the surge of interest in the health benefits of naturally fermented foods. See the recent ISAPP blog from Prof. Colin Hill, who advocates for the idea of a recommended daily allowance of consumption of live microbes.  (See also a related ISAPP blog here.) Such guidelines should be taken with precaution: the fermentations must be done properly with regard to food safety (see ISAPP blog on Making Safe Fermented Foods at Home).

Citizen Science refers to projects where citizens are actively involved in scientific studies, although it has various definitions and descriptions. In our case, it allowed us to obtain a much larger and more diverse set of samples than we could have created in the lab. Furthermore, the opportunity to directly (on e.g. workshops for adults and kids or at delivery of their samples) or indirectly (as a response to articles in the popular press) communicate with citizens helped us greatly in identifying which other research questions might be of importance for the general public. This approach is increasingly implemented in the fermented food and microbiome field. There are examples of fantastic projects such as on sourdough from Rob Dunn, Benjamin Wolfe and colleagues, the Global FoodOmics initiative and the Flemish Gut Flora project, which will also be presented by Dr. Gwen Falony at our next ISAPP meeting in Antwerp. I am not aware of a Citizen Science project in the probiotic or prebiotic area, but it might be a good idea for a joint ISAPP initiative, for science communication, the creation of richer datasets, validation/confirmation of probiotic efficacy, inspiration for future research questions, for example. 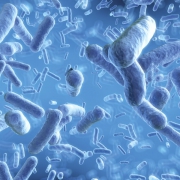 ‘Brain fogginess’ and D-lactic acidosis: probiotics are not the cause