ISAPP News
You are here: Home1 / News2 / ISAPP thanks Prof. Glenn Gibson as he retires from the organization’s b...

Glenn Gibson – co-founder and backbone of ISAPP for over 20 years – has retired from the ISAPP board of directors.

In 1999, Glenn, Irene Lenoir-Wijnkoop and I conceived of ISAPP as a scientific ‘home’ for the multidisciplinary scientists involved in probiotic and prebiotic research. In 2002, ISAPP was incorporated as a non-profit, public service organization. Through all the years, Glenn supported ISAPP beyond measure. His scientific acumen led to many insightful ideas for discussion groups and scientific speakers. He brought ISAPP and probiotic / prebiotic science to the attention of UK political strategists. He hosted meetings, chaired panels, authored publications, provided steady guidance and leadership, and helped keep the board focused on the mission at hand. He also promptly answered my interminable shower of emails for 20+ years. Highlights of his service include: What is more difficult to catalogue is how thoroughly enjoyable Glenn was to work with over the years. He did so much with an air of ease and joy, making it fun for everyone around him.

Glenn also masterfully decoupled ego from accomplishments. A person less dedicated to this principle would have reminded us ‘early and often’ (as they say) of his scientific stature in the field. Glenn remained approachable despite being one of the ‘greats’ – he started the field of prebiotics, a term addressed in over 9000 papers (close to 200 being his), and coined ‘synbiotics’, a term with 1700 papers currently published. I marvel at how many researchers and companies these two ideas have kept busy over the past 30 years. He developed a validated in vitro gut model, enabling mechanistic studies of the effects of dietary ingredients on gut microbiota, while conducting over 50 human studies, showing his commitment to move the science into the human so we can understand how it can make a difference in people’s lives. Yet still, his penchant was always to give others the credit, the limelight, the microphone, the opportunities.

His incredible stature in the field could have led him to dedicate his precious time to organizations much better established than ISAPP. But to the benefit of all of us, he was ISAPP’s greatest champion. His commitment radiated out to many academic experts who thought hey, if Glenn is in, I’ll be in, too, and to many industry scientists who simply relished the opportunity to network and collaborate with him under the ‘ISAPP umbrella’. Glenn believes that the right thing to do now is let ISAPP move into its next phase as he retires from board membership. I’ll be following his example in 3 years. Meanwhile, my challenge is to figure out how to find opportunities to keep him connected to the busy and dynamic ISAPP community.

As Glenn steps away, ISAPP would like to honor him by naming the Early Career Researcher Prize, which Glenn initiated, after him. The 2022 edition of the prize will be called the Glenn Gibson Early Career Researcher Prize. It’s a small gesture, as it’s impossible to thank Glenn sufficiently for all he has done for the ISAPP community. But we know he will continue to inspire the next generation of probiotic and prebiotic researchers! As his dedicated colleagues and friends, we wish him all the best as he brings his formidable talents to bear on other projects in the months and years ahead.

Enjoy this candid interview with Glenn. ISAPP is coming to Asia – the hidden reason 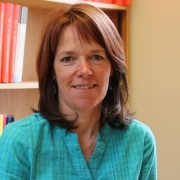